Our Name Says It All

Since 1972, Multi-Craft Contractors (MCC) has provided a comprehensive list of industrial and commercial services and solutions to the construction and manufacturing industries. Employing over 750 experienced engineers, project managers, and skilled craftsmen, MCC has the resources and experience in-house to execute major turnkey industrial projects, from concept to completion.

Success can only be achieved when our employees, customers and community find in us relevance and value.  To that end, we will establish and abide by meaningful Core Values that keep us focused on what is most important.” 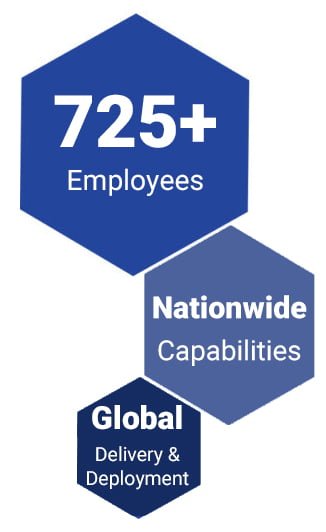 Growing up in the small town of Berryville, Arkansas, Rick Barrows developed a strong work ethic at a young age. While in his teens, Rick learned to operate several types of equipment and quickly became an expert backhoe operator. After High School, Rick attended the University of Arkansas and in 1968 he took a six-month work break to further fund his education. He signed on with ABC Plumbing in Springdale, AR (Harold Gay and Morris Anthamatten owners), as a backhoe operator, and in January of 1969, that short “college break” was extended when Rick accepted a plumbing apprenticeship with ABC.

In 1972, John and Vance Elder purchased ABC Plumbing and incorporated it as ABC Plumbing & Heating. As fortune would have it, the new company landed a large job and Rick was able to stay on as a valued employee. In 1975, Dennis Kelly joined ABC as an apprentice Plumber and ABC began a period of growth that lasted several years.

In 1983, Rick became an owner of ABC when John Elder retired and in 1984, the company name was changed to Multi-Craft Contractors (MCC) to better reflect the broad list of new capabilities. Also in 1984, James Smithee and Jim LeFevre joined the company, further expanding the company’s experience and expertise.  Upon Vance Elder’s retirement in 1989, James Smithee, Jim LeFevre, and Dennis Kelly joined the partnership as it began the purchase of Vance’s interest. With Rick Barrows as president, “MCC” was launched with values that remain today: “We will treat customers as we want to be treated; We will keep integrity, quality, and safety as our top priorities; We will reinvest in our employees, our community and our company to build a strong and sustainable resource for growth.”

New Growth As A Multi-Faceted Company

Under Barrows’ leadership and the forward-thinking of the new partners, MCC began a new period of growth.  The core values were quickly embraced by employees and customers alike and MCC grew rapidly as word spread throughout the mid-south region. As MCC added many new clients, requests came to expand their services even further. This began a long period of expansion and growth as MCC expanded deeper into the Commercial and Industrial markets. MCC also expanded its professional engineering team by adding several EE and MEs, allowing MCC to enter the design-build sector.

From Concept to Completion

It quickly became evident to customers that MCC possessed a rare value; the ability to self-perform and manage multiple trades under one contractor. Project pre-planning, scheduling, quality management, materials coordination, and safety oversight could all be managed by a single point of contact. This ability soon became a significant advantage for MCC as it became a “Turn-Key” MEP solution for industrial, commercial, and manufacturing projects nationwide.  Their tag line became: “Multi-Craft Contractors, From Concept to Completion”.

In the decades to follow, MCC continued to flourish, establishing deep roots in Springfield, Missouri, and Ft. Smith Arkansas. They added Contract Manufacturing and UL Control Panel construction to their list of services and began manufacturing skidded equipment and fabricated products internationally for the Pharma, Chemical, Food, and Beverage industries. They also expanded their automation services to include Industrial Automation & Robotics. Due to their broad spectrum of self-performed services, MCC’s popularity with industrial clients quickly grew during this period.  MCC also successfully executed several multi-million dollar MEP projects by partnering with numerous nationally known General Contractors.

The Multi-Craft of Today

In 2013, after decades of service in leadership roles at MCC, Scott Barrows (COO) and Hex Bisbee (CFO) joined the ownership team as Jr. Partners. In 2019, the remaining Sr. Partners Rick Barrows, Jim LeFevre and Dennis Kelly (James Smithee passed in 2005) began their retirement but remained as members of the Board of Directors. After a period of planning and transition, in 2020 MCC’s Board of Directors named Hex Bisbee the new President and Scott Barrows the COO.

The Secret of MCC’s Success

When asked the secret of MCC’s success, Rick Barrows has been known to respond with a brief but meaningful statement: “My greatest work accomplishment was surrounding myself with great people and appreciating them.” Multi-Craft employees have been known to claim that MCC’s success is a result of the mutual respect and dedication between the owners and their employees and the guidance of Core Values. This “recipe for success” has grown MCC to be a major US industrial and commercial contractor, employing over 750 engineers, project managers, tradespersons, and support staff.

It's easy to get started with us...

Just give us a call or fill out the form below. We'll be happy to talk with you about services or your upcoming projects and how we can help!!

Ready to Get Started?